According to an exclusive report in today’s Sunday Telegraph, Liverpool FC look set to remove Roy Hodgson from his position as Liverpool manager before they have appointed a permanent replacement. Kenny Dalglish may well get to take over until that appointment is made, probably in the summer. 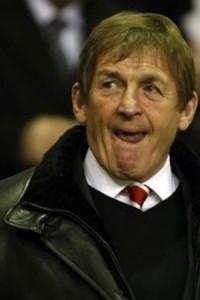 The future of Hodgson as Reds boss was never going to be decided on the back of one result or one set of comments, but the comments he made in the aftermath of the defeat against Wolves in midweek, along with the defeat itself, seem to have hastened a departure that had already been planned.

On Friday it emerged that Fenway Sports Group (FSG, formerly NESV) had started to search in earnest for a successor to the former Fulham boss. The message was that Roy would be replaced as soon as a suitable candidate could be brought in and that although this could take until the end of the season it would definitely be happening as soon as possible.

In the meantime, however, the suggestion was that FSG continued to have sufficient faith in him to manage the club until that replacement was found. Tonight’s report suggests they no longer have even that much faith in him and will install a temporary manager to look after the club for the rest of the season.

Soon after FSG had taken over the club indications were made very quietly that they didn’t see Hodgson, already struggling, as a long-term incumbent.

That said, they no doubt hoped that Roy could at least do what Martin Broughton had suggested he could the day he was unveiled as manager and “steady the ship”. They announced a search was underway for a new CEO; they publicly gave Roy their backing.

A director of football strategy was appointed, but Roy continued to enjoy the support of the club’s hierarchy. Fans were going out of their way to send out the message that they’d no faith in Roy and weren’t even keen on him keeping the job short term, but the club did all they could to show their backing for him.

There was disappointment to follow for supporters that same week. A meaningless Europa League match against Utrecht had been given some significance thanks to a gesture that saw free tickets being made available for children. Hodgson announced Torres would be playing and although an otherwise youthful line-up was expected the assumption was that the side would be sent out to entertain the young supporters making their first or rare visits to Anfield for a match.

Torres didn’t appear, Hodgson suggesting the medical staff had told him late in the day that Torres should be rested. Not just that, the team came out to defend, entertainment was a word nobody used to describe the game.

Bad weather meant Liverpool’s next two league games didn’t take place and so the next game was against Wolves, the match on Wednesday night that saw Hodgson question the support of Liverpool fans. Hodgson was forced to apologise.

A win yesterday against Bolton saw Liverpool move into ninth place, still only six points above relegation with Hodgson suggesting afterwards that he’d have been happy with a draw.

Now the Sunday Telegraph’s report says FSG “are so determined to end Roy Hodgson’s reign” that they are ready to install a caretaker manager until June, when they hope to install the permanent replacement. Dalglish has already made it clear he would jump at the chance of taking on the manager’s role if asked and the report says this news raises “the prospect of an emotional return to the club for Kenny Dalglish”.

Dalglish had put himself forward for the role in the summer, and with the club’s management team at the time fully aware that there were just over three months left before the club had to change hands (even if it meant going into the hands of the bank) it is yet to be explained exactly why Dalglish’s offer was ignored, why Roy was given a three-year contract or why there was actually vacancy in the first place.

The report also says FSG are believed to have looked at various candidates for the role, including Porto manager Andre Villas Boas and the previously-linked Didier Deschamps of Marseille.

Installing the appropriate choice now, mid-season, is likely to be problematic and expensive, but it seems that FSG’s lack of confidence in the current manager means they want someone else to fill in for now and steady the ship in readiness for the permanent appointment.

It goes without saying that The King would walk into the job with the unconditional support of the fans and also that he would be a unifying presence in the role, at a club where divide continues to cause harm.