Liverpool played host to Bolton for the first game of the New Year and the 2-1 win – thanks largely to a moment of brilliance from Steven Gerrard and Fernando Torres – gave Liverpool supporters something to smile about. As long as they didn’t look too closely at the league table that is.

Gerrard was only on the field because of an injury to Meireles. The captain was on the bench at kick-off after – in manager Roy Hodgson’s words – he’d been left “extremely tired” from playing the full 90 minutes of his first game back from injury on Wednesday.

That tiredness meant Liverpool started with Dirk Kuyt on the right instead of out of position on the left, with Meireles starting in his natural role in the middle of the park. Gerrard was a straight swap for Meireles so nobody had to move out of position when the change was made.

Two other changes gave Liverpool a different look to Wednesday; Konchesky was replaced by Aurelio and Daniel Agger was back in the side in place of Kyrgiakos. END_OF_DOCUMENT_TOKEN_TO_BE_REPLACED 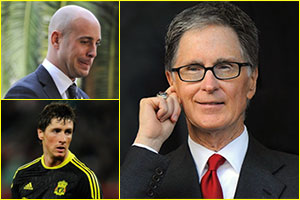 Nobody expects – and few fans wanted – Liverpool’s new owners to be sugar-daddies. What supporters want to see is a club that practically runs itself; generating its own income for transfers and player wages. We don’t want to find we’ve become reliant on money coming in from outside the club that could be taken away at any time.
END_OF_DOCUMENT_TOKEN_TO_BE_REPLACED

Roy Hodgson has passed comment on reports linking Pepe Reina to Manchester United. He said Liverpool don’t need the money and don’t want to sell, a situation that he says also applies with Fernando Torres.

What he failed to discuss were the claims that have grown in recent days – that Torres and Reina are disillusioned with their manager, his coaching and his tactics. That the likelihood of them leaving hinges more on their own personal satisfaction with the club’s future direction than on any interest from other clubs or on Liverpool’s financial situation.

Despite a far better performance on Sunday against Blackburn, Hodgson is still some way short of meeting the expectations of most supporters. He’s only managed to get two wins out of the first quarter of the league season, Liverpool are languishing in the relegation places with negative goal difference and Roy is acting like it’s a minor setback.
END_OF_DOCUMENT_TOKEN_TO_BE_REPLACED

Werner told LFC.tv that LFC “is one of the great clubs in all of sport, its history, its tradition, its fans – in some ways it’s similar to the fans of the Boston Red Sox in that they’re loyal, they’re passionate and it’s our good fortune to be stewards and we hope that we will take care of this extraordinary club and provide it with the resources and the commitment to win in the near future and hopefully restore some of its lustre.”
END_OF_DOCUMENT_TOKEN_TO_BE_REPLACED

Today sees Liverpool entering a week that will almost certainly go down in history as a turning point.

This isn’t the classic football turning point, the last minute goal awarded despite it looking offside that brings to an end a run of defeats. Nor is the other type of turning point the world of football often discusses, the bad signing that somehow turned a team making progress into a team going backwards.

This week should see Liverpool’s boardroom change, and with it the ownership of the club. If it doesn’t happen this week, the events that make it happen will have already got well underway.

Tom Hicks tried to change one of the boards last week – it’s not clear if that was the Liverpool board or its holding company boards – in an attempt to block the same of the club to NESV. The existing board, the majority of it at least, insist they are still in place and the sale was valid.

Tomorrow the High Court will hear all about it as it asked to make a decision that will be key to Liverpool’s future. However it is believed that tomorrow’s case is one of two that will decide the club’s fate.
END_OF_DOCUMENT_TOKEN_TO_BE_REPLACED 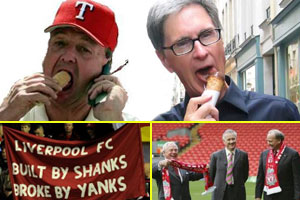 The club is in the bottom three, with only six points managed so far – meaning nine-points docked would see us in minus figures. But it would take some seriously bad form for this club to be relegated.
END_OF_DOCUMENT_TOKEN_TO_BE_REPLACED