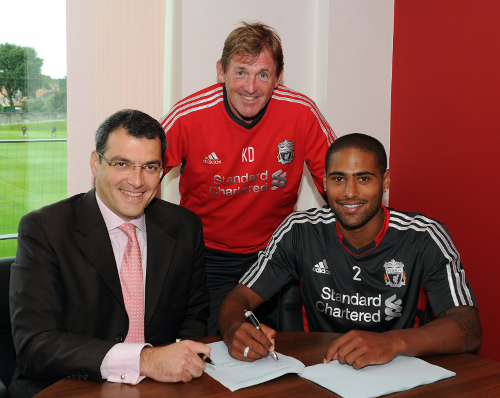 Johnson was signed from Portsmouth in the summer of 2009 in a £17.1m deal, a fee that was often cited by fans who were critical of the player, especially as Liverpool’s all round slump began to take hold. Johnson has been as good an example as any of the change in mood and performance levels after the return of Kenny Dalglish and has been in arguably his best form since signing the club.

Various injuries have restricted the 26-year-old to just 70 appearances in his two seasons – 35 in each – but the club are clearly confident that those injuries don’t represent a long-term problem. Speaking about the deal to the official Liverpool FC website, Director of Football Damien Comolli said it wasn’t difficult to get the deal done: “We are absolutely delighted. We were in talks for a few weeks, but it was easy to find an agreement because he wanted to stay and we wanted him to stay. We are very pleased he wants to commit long term, and I think he was pleased we went to him and asked him to commit long term.”

Comolli said Johnson is about to get better: “His best years are to come; very often defenders peak between 26 and 31 so he is just entering into those years where a maturity comes in and his knowledge of the game gets better and better. We are happy his long-term future is at Liverpool.” 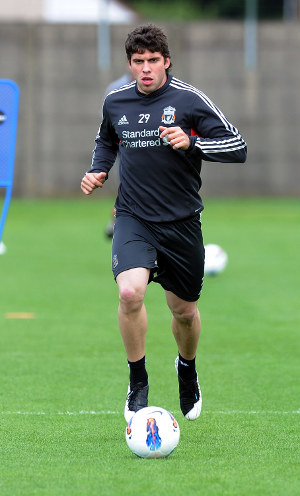 Comolli continued: “For us he is a great asset to have around. As we’ve always said, we don’t want to sell our best players or sell our assets and as long as the players are happy to be here, we’re happy to commit to them.”

Meanwhile another Liverpool full-back today announced his intentions to get back into the Liverpool side. Emiliano Insua was hawked around Europe by managerless Liverpool last summer, eventually going out on loan to Galatasaray. He still has a year left on his Anfield contract and has been back at Melwood for pre-season training. Speaking through his Facebook page and Twitter account he said: “In Liverpool again, I hope to be here this season and to give something to the team, I am with energy to do it.”

There could be another new signing on Liverpool’s books in the next couple of days, Roma goalkeeper Alexander Doni. The 31-year-old Brazilian was unhappy with an earlier Liverpool offer that would have seen his wages drop by a reported 60%, with Roma getting a transfer fee of around £1m. After talks with Roma Doni was told he could leave on a free transfer, the result of which was a new offer from Liverpool, according to his agent.

Ovidio Colucci said: “In the next 36 hours we will know something definite. Liverpool are interested in Doni and there is an agreement between the two clubs and with the player. Doni is in Italy right now, we just have to ratify certain details with Roma.

“If the deal is completed, Doni will join Liverpool on a free transfer and will sign a two-year contract, he is very happy with the chance to go to Liverpool and play in the Premier League.”