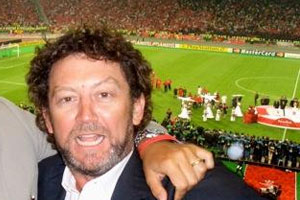 As reported earlier, Mike Jefferies and Dan Hubbard have teamed up to make a film that they are determined will save Liverpool from the troubles it faces because of the ownership and the debt.

They want supporters to come down to town this weekend and get involved and they’ve already got some famous names lined up to take part.

The following message from Mike Jefferies, with some slight pre-watershed editing in case you want to read it at work, explains in more detail what exactly the project is, how quickly it will hit the net and what the motivation for it all is.
…..

So Tom Hicks wants to refinance and hang on to LFC. Hasn’t he got the message? Doesn’t he know he has become the most despised person on Merseyside since Kelvin f*****g McKenzie?

Doesn’t he realise the damage he’s doing to our club?

Just look at what he’s been doing:

The above list of ‘Crimes Against LFC’ is pretty shocking. And it’s why we are now languishing above the relegation zone. 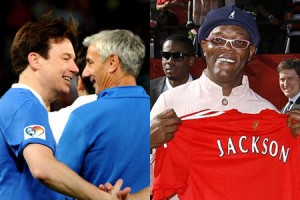 And out of the Carling Cup (to fourth Division Northampton… @ home!). And with no Champions League football. And not much likelihood of it next season.

By trying to refinance – instead of showing some class and cutting a reasonable deal with someone and cutting his losses – he is saying “f*** you”.

So what should we say in reply?

The only way we – as fans and stakeholders – can get him to change his arrogant mindset is to give him a bloody nose. And shame him and embarrass him in front of his family, friends, business associates, investors, and political contacts etc. And of course in the media. Especially in the USA. Especially in Texas!

He doesn’t give a sh*t what we do in Liverpool….

We have to take this to him in America!

Therefore, I just flew up from Cape Town last night to come to Liverpool to make a short film here this weekend in which Liverpool fans and stakeholders will tell Tom Hicks – and the world! – exactly what they think of him.

And when friends of Tom Hicks see it, they will either start asking him some very painful questions, or they’ll no longer take his calls. We are going to shame him and hit him where it f*****g hurts. 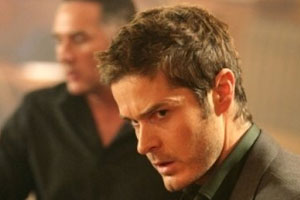 Liverpool fans everywhere are coming together this weekend with LOADS (!) of local celebs, former players, high profile Redmen, actors, musicians, politicians and everyone who cares about our unique football club to send a simple, powerful and definitve message to Tom Hicks: GET OUT OF OUR CLUB.

But we want the fans to be included too. So if YOU want to come along and tell Tom Hicks what you think of him, we will be filming on Saturday from 10.00am – 6.00pm at the Hope Street Hotel in Liverpool. Please form an orderly queue and be prepared for a wait….

And we’ll be filming on Sunday too around the ground and in the pubs. [Including 9am-noon at the Hope Street Hotel]

Our aim is to work night and day so that we can have the film uploaded onto YouTube by Tuesday and we would like the fans to then email the URL to their entire address books. Spread the word! To the media. To the financial community. To everyone. To the f*****g world!

Imagine if we can get a MILLION HITS on YouTube! If we achieve that, then we can rest assured that everyone who counts will know that Tom Hicks is utterly despised. And more importantly, Tom Hicks will know….

33 thoughts on “Mike Jefferies: Tell Tom Hicks what you think of him”