It was the return of the King, the derby, a flag day (for the King) and a chance for more of the FSG investors to see what their money had been spent on. 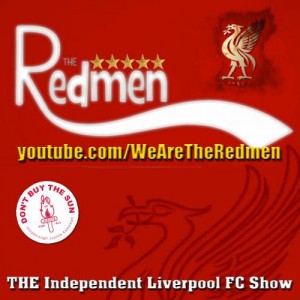 To a neutral the game will have been entertaining, this wasn’t one of those dour derby draws where Everton want a 0-0 and Liverpool struggle to spoil their plans. Both sides wanted to score, and in all they managed it four times. The referee got his cards out three times – all for Liverpool players – but never for the kind of foul a derby day is usually littered with. The spoils were shared, Everton’s hopes of bringing out a commemorative DVD were dashed but The Kop’s hopes of a winning start for Kenny were not to be either.

What did you think of the game? The Redmen TV have come up with another great video of fan reaction to the game. Listen for details of how you can be involved in their next one.

The Redmen Is THE Independent Liverpool FC Show and can be found on: