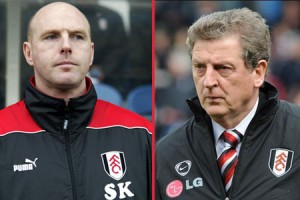 But as strong as those clams are beginning to sound, we’ve heard similar kinds of stories in the past only for them to prove unfounded or at least premature. And Roy’s presumed scouting visiting to Wigan with Damien Comolli on Sunday suggests he’s got a little while longer yet, even if FSG are known to be actively seeking a replacement and despite fans becoming increasingly vocal about the need for a change.

In the meantime there’s a match to be played this evening, at a club where supporters have strong memories of both current Reds manager Hodgson and someone many Reds fans wanted appointed in his place (and many still do), Reds legend Kenny Dalglish. Blackburn’s supporters will remember Hodgson as the man who set them on their way to relegation, sacked half-way through the season with the club at the bottom of the league. They’ll remember Kenny as the man who gave them their Premier League title, one of four he won as a manager (including three as Liverpool boss).

There’s a danger that Liverpool will arrive at Ewood Park with the sense that the Lancashire side are one in turmoil following the recent sacking of manager Sam Allardyce and much mirth on the back pages about their reported transfer targets. But Liverpool arrived at St James’s Park for their last league game thinking similar kinds of thoughts about their opponents, only to go and lose 3-1.

Allardyce was replaced as manager by Steve Kean, once of Fulham (during Chris Coleman’s reign), and he’ll be intent on proving his appointment is not as temporary as some observers feel it might be.

After a weather-enforced break Liverpool followed that dreadful away defeat to Newcastle with a dreadful home defeat to bottom club Wolves before a 2-1 win home win against Bolton on Saturday. A low turnout at Anfield saw an improved performance from the Reds, but the relationship between supporter and manager was already beyond repair for most.

With the Reds just six points above relegation they really need to win tonight to avoid this season turning into a battle at the wrong end of the table, and for that reason the players know they’ve got the supporters behind them.

Once again we’ve got a preview of the game courtesy of Paddy Power, who are offering a free £20 bet for new customers by using one of the links below.

Whether or not Joe Cole’s tap in, set up by the backside of one of the plethora of players linked with a move to Anfield, makes a difference to the future of Roy Hodgson at the club we can’t be certain. What we do know is that if he can’t back that up with a win, or at the very least an entertaining draw, against Blackburn then the fans will be repeating the sardonic chants of ‘Hodgson for England’ and the new owners will be upping their search for a replacement. Some would suggest that the manager’s fate is already sealed, regardless of how the team performs but until he’s been given his marching orders there has to be a glimmer of hope and to keep the light at the end of the tunnel glowing Liverpool have to win tonight. 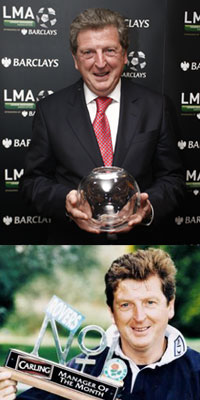 There are some encouraging stats for Hodgson going in to this game. Blackburn have beaten Liverpool just once in their last 24 Premier League meetings. Under Steve Kean Rovers have drawn with West Ham and lost to Stoke at Ewood Park and they’re coming in to this game off the back of a poor performance away to Sunderland. Liverpool won the first meeting at Anfield and against Bolton they showed some of the fighting spirit which will be desperately needed if they hold any kind of European ambitions. Fernando Torres actually looked like he wanted to play, a rare sight this season, and Steven Gerrard showed glimpses of his brilliance. Less positive is Liverpool’s, and particularly Hodgson’s, woeful away record. If that isn’t corrected to some degree, then finishing in the top half of the table will be as much as can be hoped for.

Liverpool are only at the half-way point of their season and with games in hand, all that is needed is a little momentum, perhaps some new faces and suddenly fourth place could become a realistic target again. Especially the way every other team has been dropping points.

If the Liverpool players perform anywhere near their best then the 6/5 on them to win will look a massive price. There are no guarantees of this happening but if they can build on the win against Bolton and Torres and Gerrard turn up to play, then they should have too much for a Blackburn side in limbo. Torres looked sharp at Anfield and with the bit between his teeth the 4/1 on him to score first is a good bet, the same goes for Gerrard at 13/2. One player who has impressed this season has been Maxi Rodriquez and at 7/2 to score anytime he’s worth a look.

There are a lot of ifs and maybes with this game and while it’d be nice to see Liverpool click into gear and power past Rovers with an impressive 3-0 win at 18/1, we have to take form into account and think a somewhat nervy 2-1 win at 15/2 is a more likely, but no less welcome, outcome, for Roy at least.