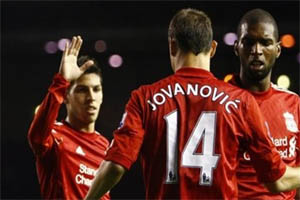 5 thoughts on “Europa League: Pacheco and Wilson start for Reds”