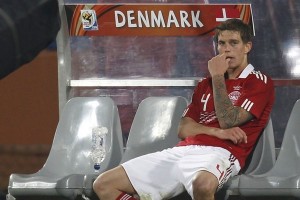 “He has just got to rest and wait for the next time he goes to see the specialist again.”

Agger’s last game for the Reds was on 25th September as a substitute in Liverpool’s home draw with Sunderland. He picked up an injury in that game but was fit again to turn out for Denmark in their game against Cyprus on October 12th. It was in that match he sustained the calf injury that is now proving so troublesome.

Hodgson was critical of the events at the time, saying: “Agger missed two weeks with the injury he picked up in the Sunderland game but he made a miraculous recovery in order to go and play for Denmark where he got injured again. I don’t know what the state of play is going to be for him yet.”